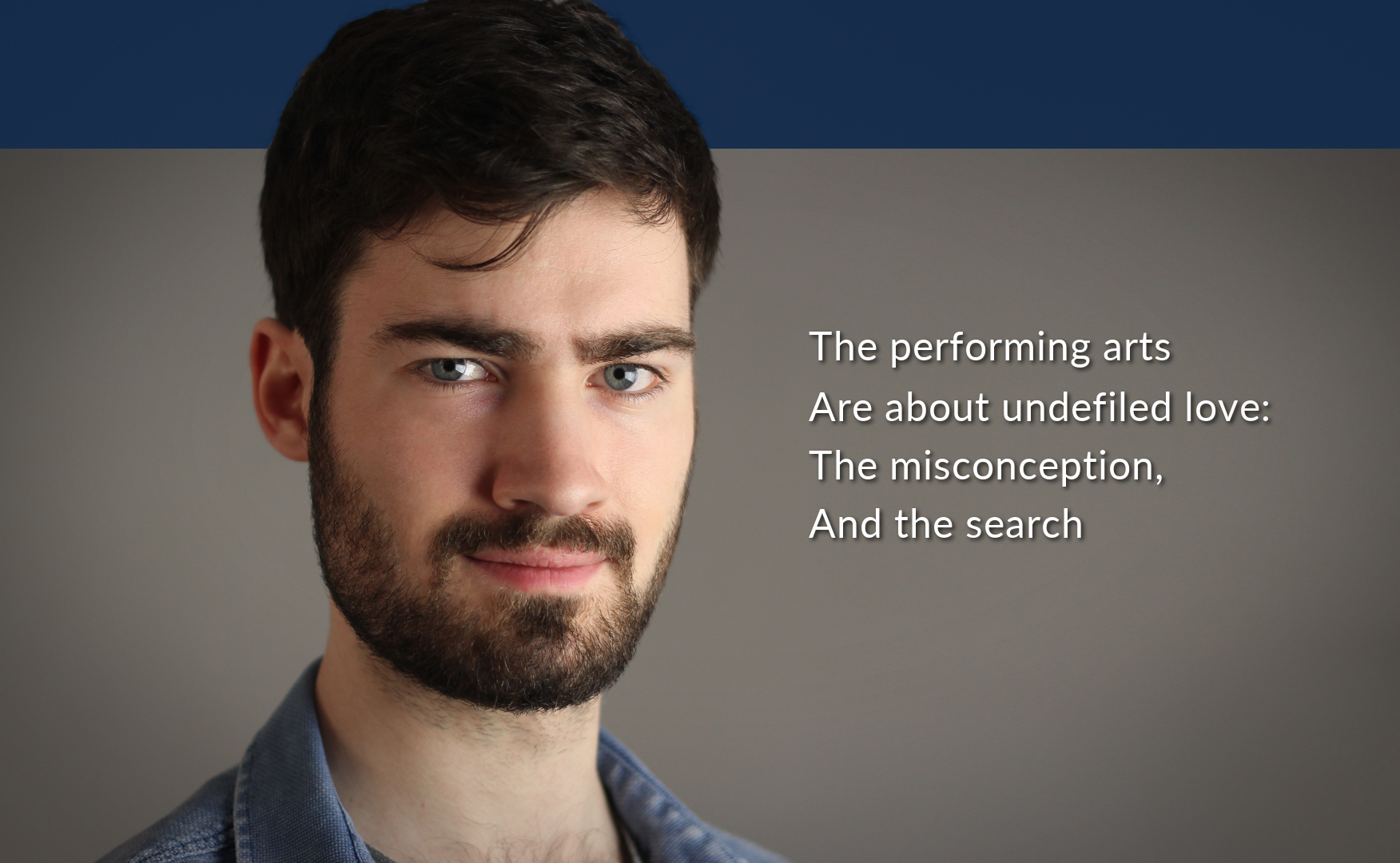 I engage myself with artfully and entertaining experiences, inspired by the imperfection of human beings.

It all started in 2007, when my parents gave me a camcorder. I both directed and played in front of the camera, which was a playful way to develop my creativity. After this period, I followed fundamental acting training at UCK private school of arts.

Nowadays I take part in a variety of projects, including: Hamlet (title role), The 39 Steps (multiple characters), short films, and solo performances.