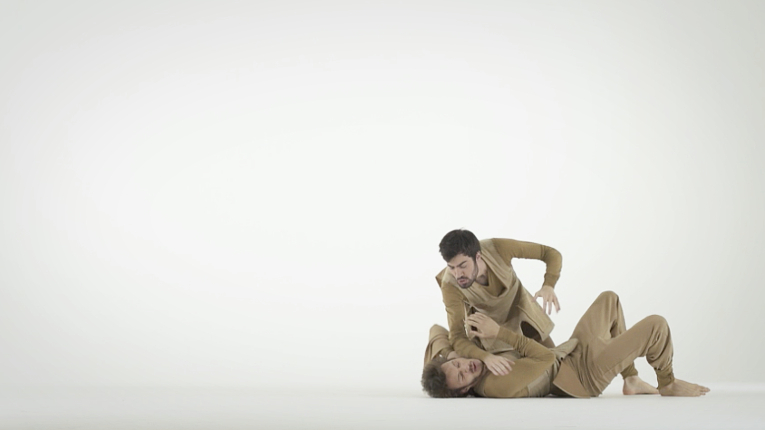 Let’s go back to december 2016… I spoke with Mike Wijdenbosch in a coffee bar, to discuss the idea of an audiovisual poem.

I had written a monologue, which was part of a broader concept: a full length play about the paradox of war. This idea followed from a growing awareness of danger in the world. The assaults in Europe made violence feel extremely close for me. Because of this, my urgency to write was huge.

Even so, I somehow blocked after having written the monologue. The poem-structured text already explained my greatest worries, which made further story feel irrelevant. So… what to do? I didn’t want to leave it at that. The monologue didn’t feel spiced enough by itself, knowing there was a bigger plan behind it. So, what was the plan? There were words, but I needed… I needed… visual input!

So up to a coffee bar and talk about things with Mike. I had mainly seen his acting work, but I also knew he aspired working on artistic projects independently. During that discussion it became clear: the monologue should be processed into an artistic short film, to compliment the philosophical aspects with images.

Together we produced the whole thing, until shootings took place in May and August. Now, we are finished editing! It’s up to the colour grader, composer and audio designer to wrap it up with some magic… I look forward to sharing the result with you in the near future!